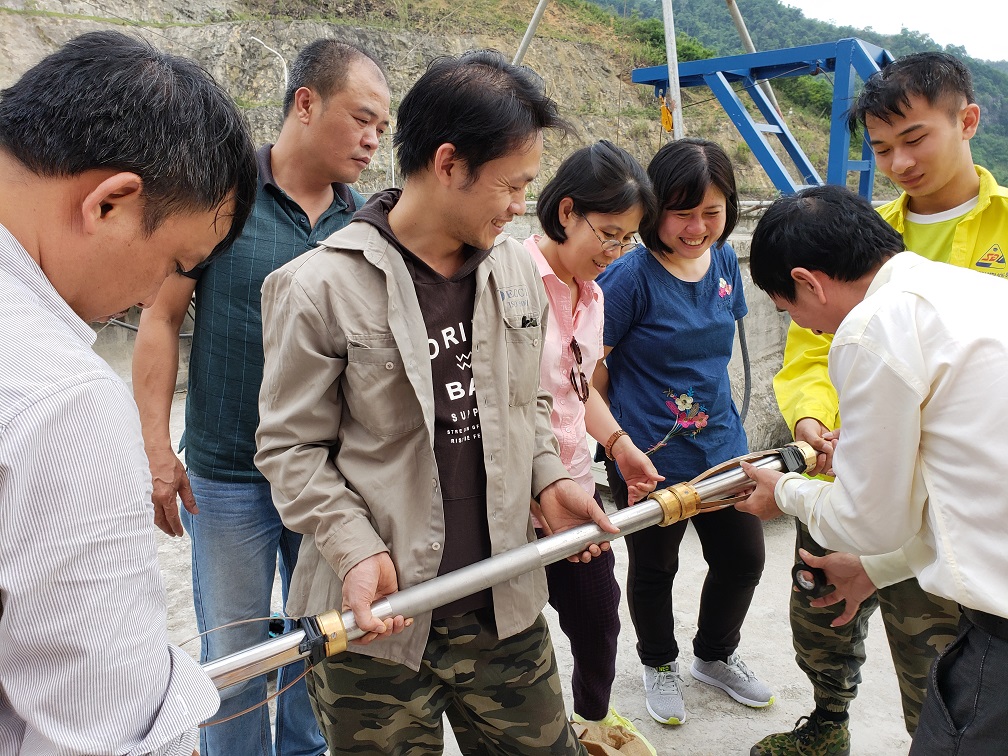 Mount Sopris geophysicist Lia Martinez recently traveled to Vietnam where she met with a Hydroelectric Energy company (Electricity Vietnam EVN) and their geologists for OPTV optical televiewer training. The focus on developing and maintaining safe hydroelectric power in Vietnam has become a national priority:

“Hydropower has boomed in Vietnam over the past decade and now generates more than a third of the country’s electricity. In 2013 the National Assembly reported that 268 hydropower projects were up and running, with a further 205 projects expected to be generating by 2017. They are helping to meet a national demand for energy that the authorities forecast will triple between 2010 and 2020. Other power sources are less promising, at least in the short run. A plan to build several nuclear reactors by 2030 is behind schedule, for example. And Vietnam’s coal reserves, mostly in the north, are not easy to get at.”  from The Economist 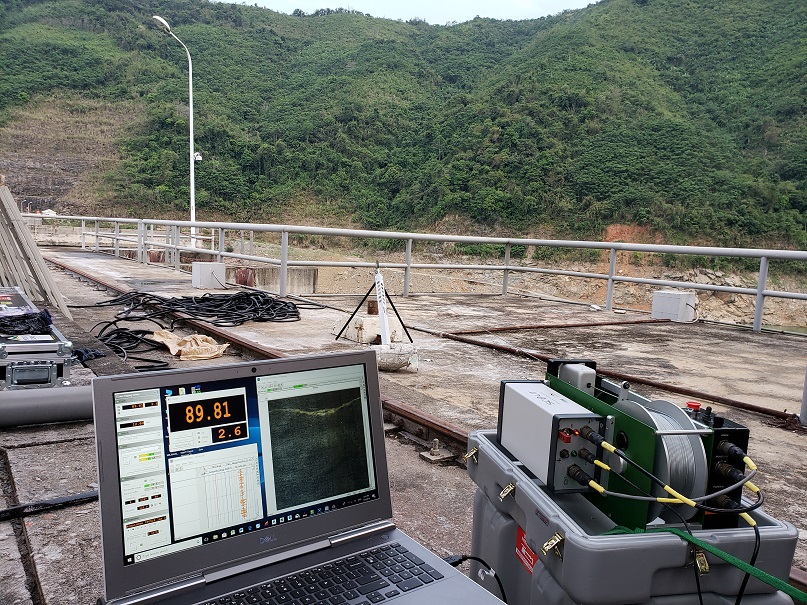 For these reasons and more, EVN decided to take the step to purchase an imaging sonde that will allow to them to determine if dams and dam foundations are in stable condition. For this sale, Mount Sopris and Rien Corstanje from ALT worked with our long time Vietnamese representative and agent, Nhi Ha Nguyen from Technical Science Development & Trading Company, TDC. After meeting in the TDC offices in Hanoi, Lia and Nhi Ha traveled with the EVN to the field location.

The dam site was located in the Nghe An province of Vietnam close to the border with Laos, about 8 hours drive from Hanoi. The location is a hot, humid climate with dense vegetation and abundant water sources for hydroelectric power. 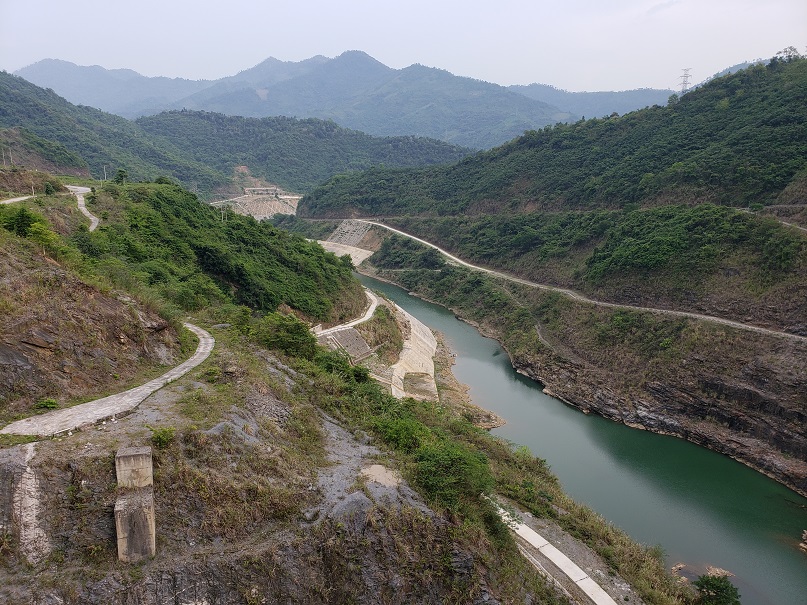 During the training, they logged three boreholes drilled at 4 inch diameter through the top of the concrete dam into the bedrock below. Each borehole varied between 90 and 180 meters in depth. Water level was reached at a approximately 70 meters and depth, as this was the dry season. The dam foundation was at approximately 100 meters depth. 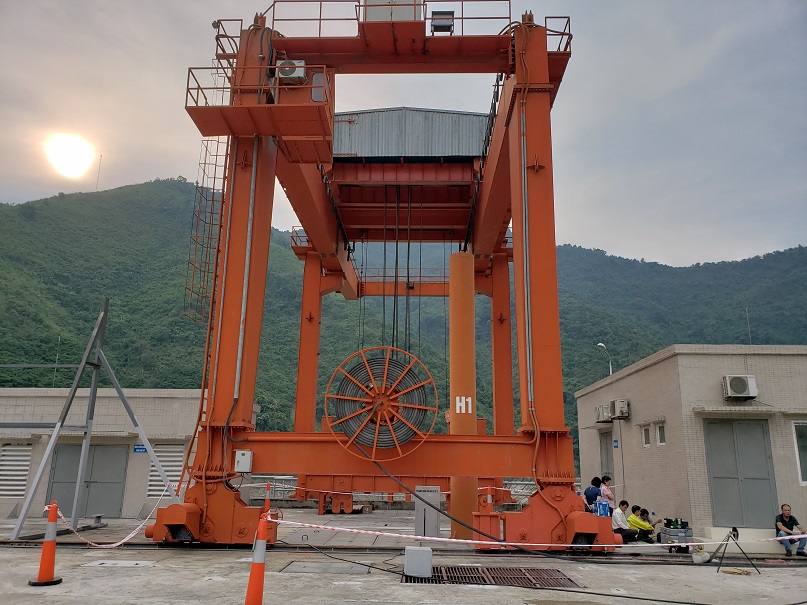 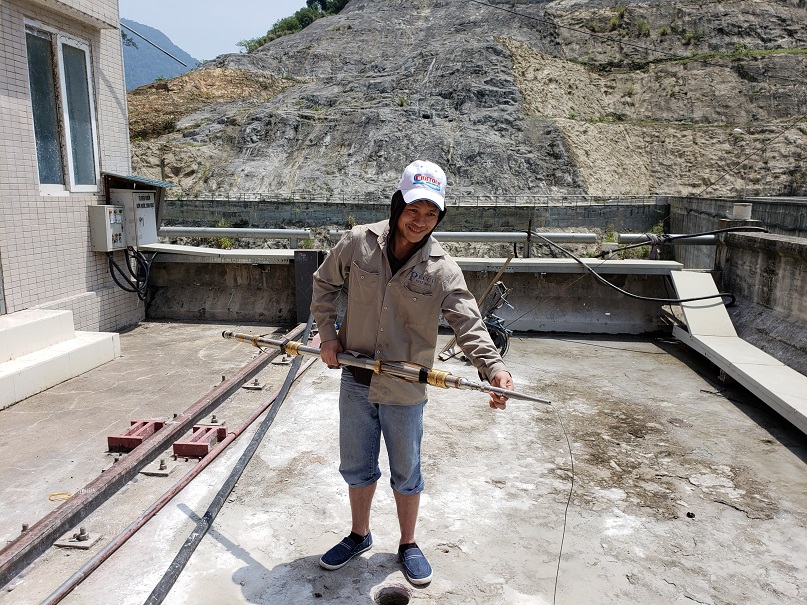 EVN purchased the following tools through Mount Sopris and ALT: 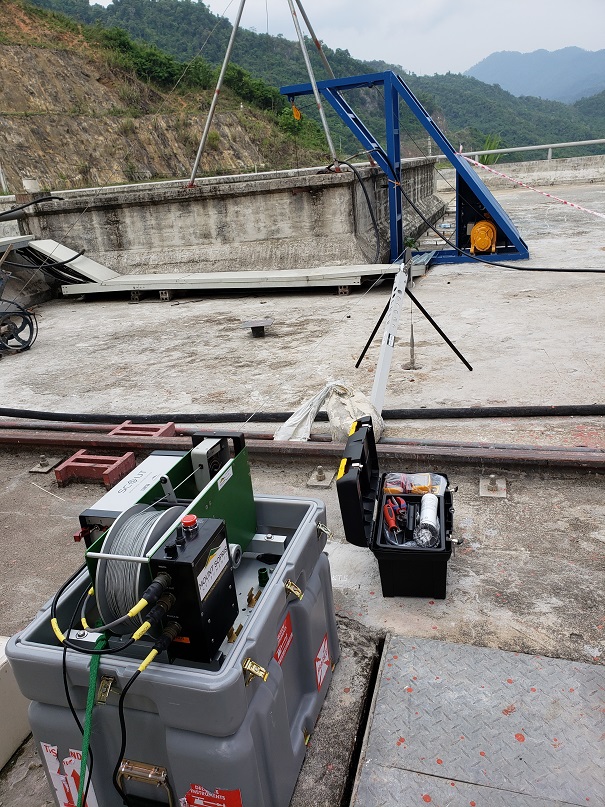 The team logged each borehole multiple times practicing data collection procedures, tool maintenance and reheading, and field troubleshooting with a multimeter. The first logs were visually the clearest, before loose sediments at the bottom of the well were kicked up. The following is an example of the dam foundation and dam concrete contact. We can see vertical rebar metal along the side of the borehole.

Overall, the training was a big success. Ms. Martinez was able to show EVN the basics of WellCAD software and the Image and Structure Interpretation workspace. This allowed EVN to get started processing their log data for structures seen in the bedrock foundation. Rien Cortsanje from ALT, visited EVN a couple weeks later and completed a more thorough training of the WellCAD Software. ALT and Mount Sopris are always dedicated to our customer’s success, and we will continue to provide support to EVN in their future projects. 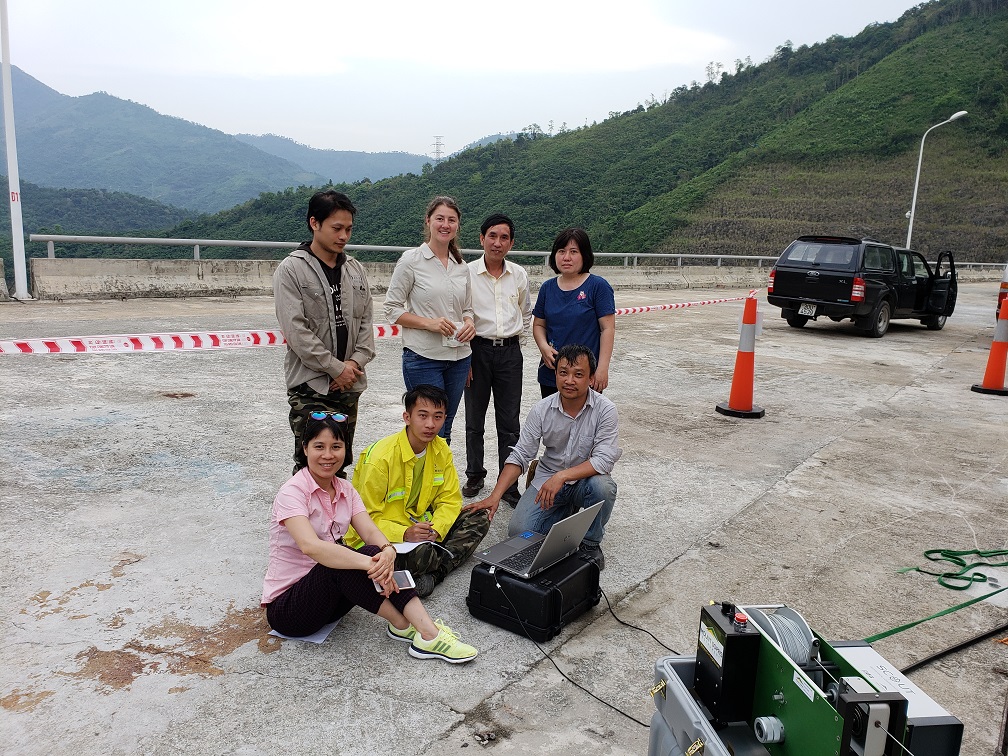 The team while logging on the hydroelectric dam in Vietnam 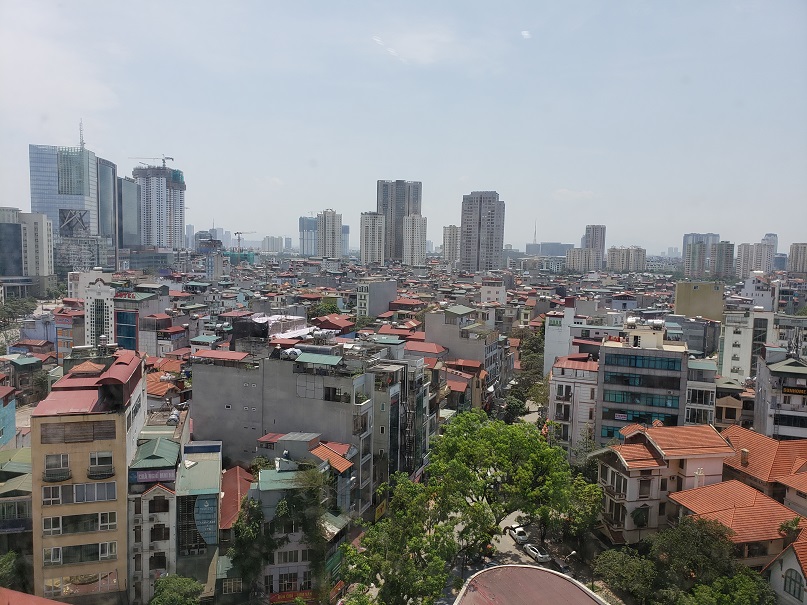