Mount Sopris Instruments geophysicist, Lia Martinez, recently spent  a week giving a training on how to use our acoustic televiewer tool for production lithium mining at the SQM Salar de Atacama lithium mine outside of San Pedro de Atacama, Chile in northern Chile. SQM uses a variety of Mount Sopris and ALT equipment on both sides of the border at mines in Chile and Argentina. Given the process of lithium mining as a brine, logging data is primarily collected and processed by Hydrogeologists in their Production and Exploration group.

SQM is a long time Mount Sopris and ALT customer and has been using many of these logging tools for years.  The Sociedad Quimica y Minera (SQM) is a worldwide company based in Chile and was founded in 1968. They are producers of potassium nitrate, iodine and lithium carbonate. They also produce other specialty plant nutrition products, iodine and lithium derivatives, and certain industrial chemicals, including industrial nitrates.

SQM invited Mount Sopris to give a training in the Salar primarily for the purpose of gaining better clarity about how to log and process acoustic televiewer ATV data in a difficult borehole environment. The salt is mined as a brine, so knowing where fractured and highly porous media exist using televiewer logs is very important for defining the salt as it changes with depth. The processed acoustic caliper log to allows them higher accuracy when constraining and processing their other geophysical log data. 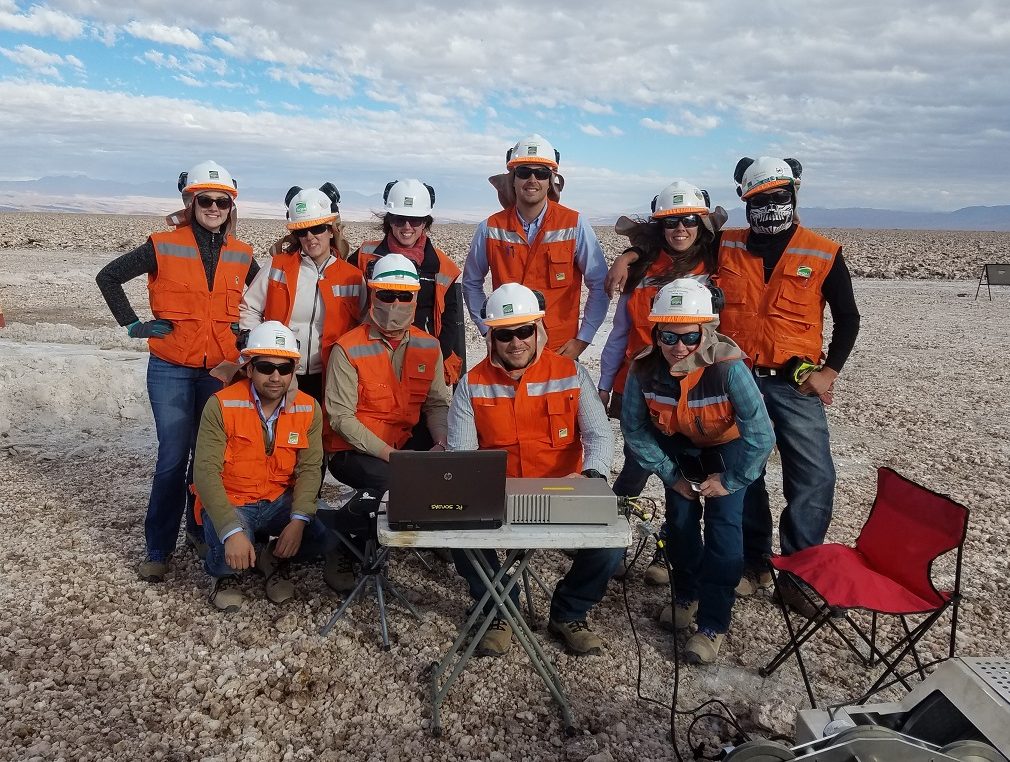 What is the Salar de Atacama?

“The salt flat encompasses 3,000 km2 (1,200 sq mi), is about 100 km (62 mi) long and 80 km (50 mi) wide, which makes it the third largest in the world. Its average elevation is about 2,300 m above sea level. The Salar de Atacama is the world’s largest and purest active source of lithium, containing 27% of the world’s lithium reserve base, and as of 2008 provided almost 30% of the world’s lithium carbonate supply. High lithium concentration in its brine (2,700 parts per million), a high rate of evaporation (3,500 mm per year), and extremely low annual rainfall (<30 mm average per year) make Atacama’s finished lithium carbonate easier and cheaper to produce than what could be produced in the neighboring Salar de Uyuni, which is estimated to have half of the lithium reserves in the world. Salar de Atacama’s evaporation rate is the highest in the lithium industry, followed by Puna de Atacama, Argentina (2,600 mm per year), and the Salar de Uyuni (1,300–1,700 mm per year).” 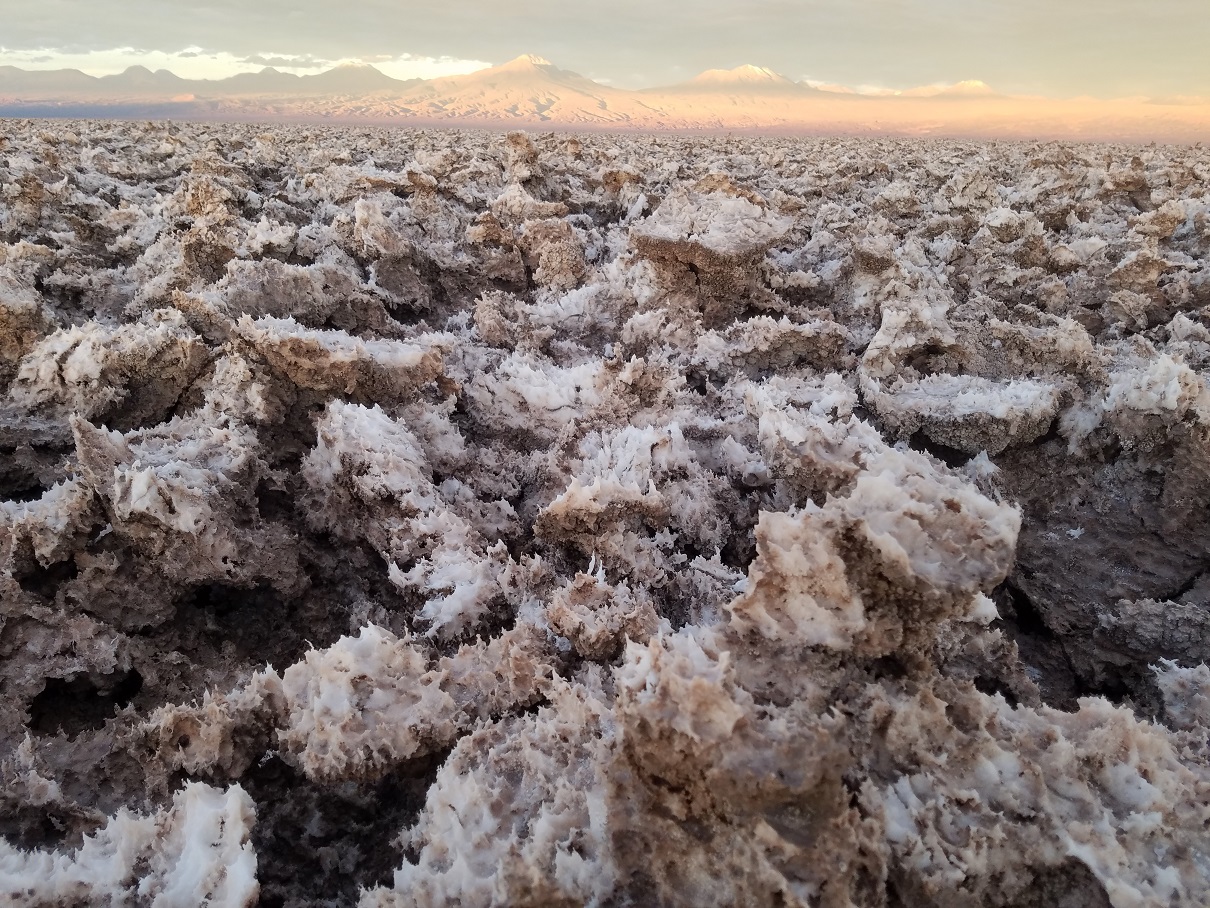 The training was focused around a few main objectives:

The first half day was used to review measurement principles. This proved to be a very successful process using a workbook and presentation provided to the trainees. The following day and a half were dedicated to field logging at two boreholes.

The borehole fluid is a called “salmuera” and is a highly conductive, salt brine used to keep the boreholes open. When removing the probe from the hole after logging, salt crystals would often form on the probe. Because of the low impedance contrast between the salmuera and the borehole wall, the acoustic signal reflection was dampened and often difficult to locate. However, with more training to set the echo gates correctly and identify the reflection, the SQM geologists were able to collect good acoustic images in the open hole.

Logging within PVC to acoustically image the borehole wall behind the casing requires a well defined borehole construction.

The PVC must be centralized in the well, with borehole fluid filling the annulus between the PVC and borehole wall. Additionally, non-metallic centralizers should be used so that they do not interfere with the deviation sensor within the acoustic televiewer tool while logging. 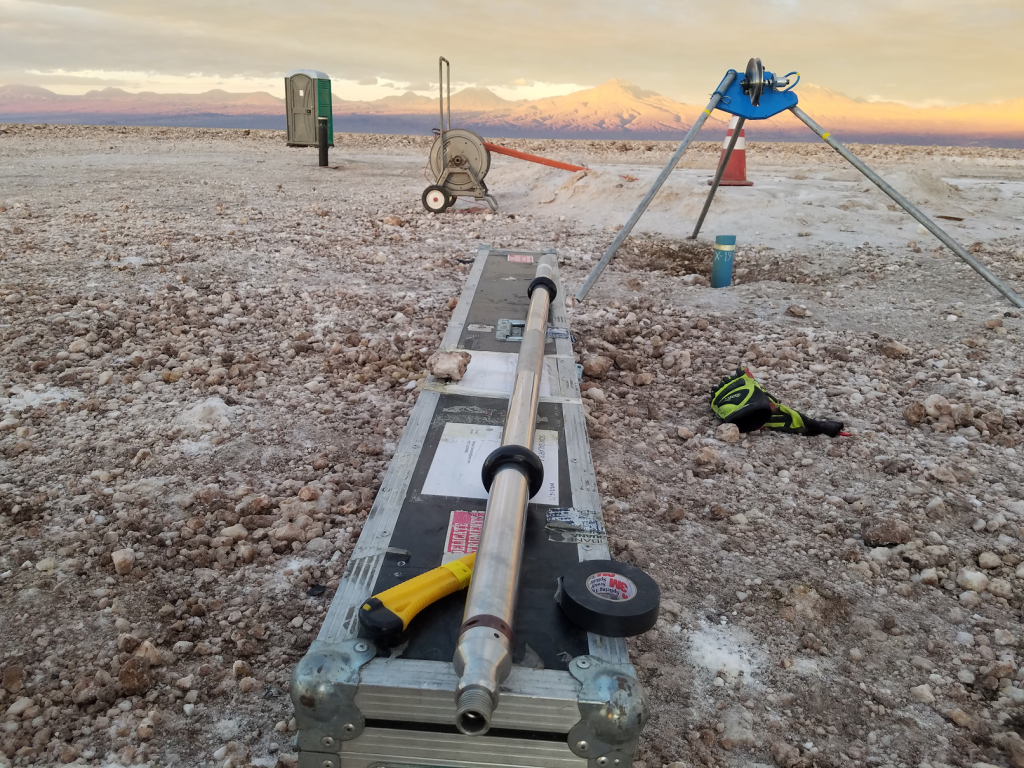 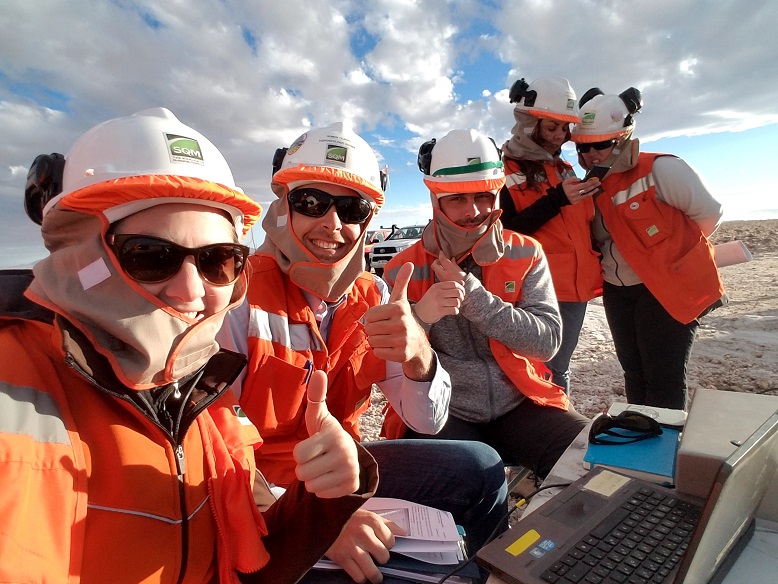 The trainees learned a wide variety of basic and advanced processing techniques in WellCAD, the industry standard software developed by Mount Sopris’ partner ALT. These included: 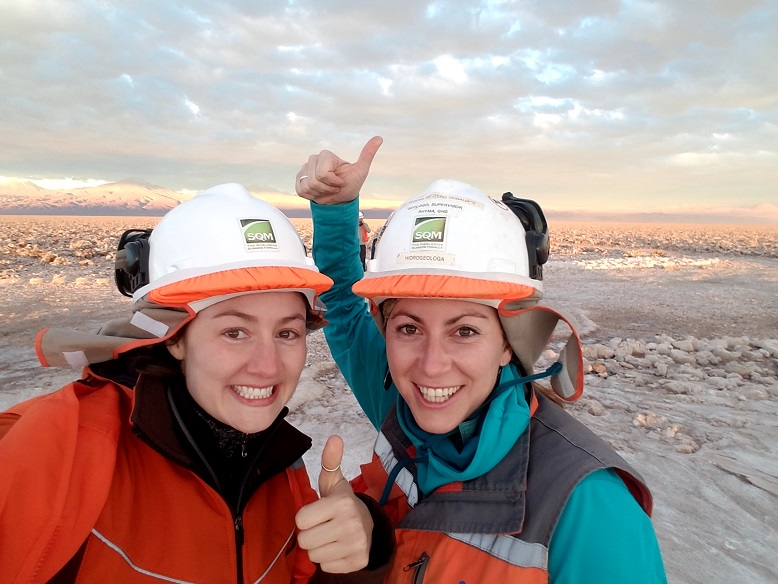 Overall, the training was a huge success and we were able to correct field logging techniques such that now SQM is collecting high quality acoustic image data. A total of 11 trainees from the hydrogeology department passed all levels of the course. With this new experience, SQM in the Salar de Atacama will be able to expand their knowledge of their current lithium deposits and develop borehole logging processes to ensure the long life of this mine.