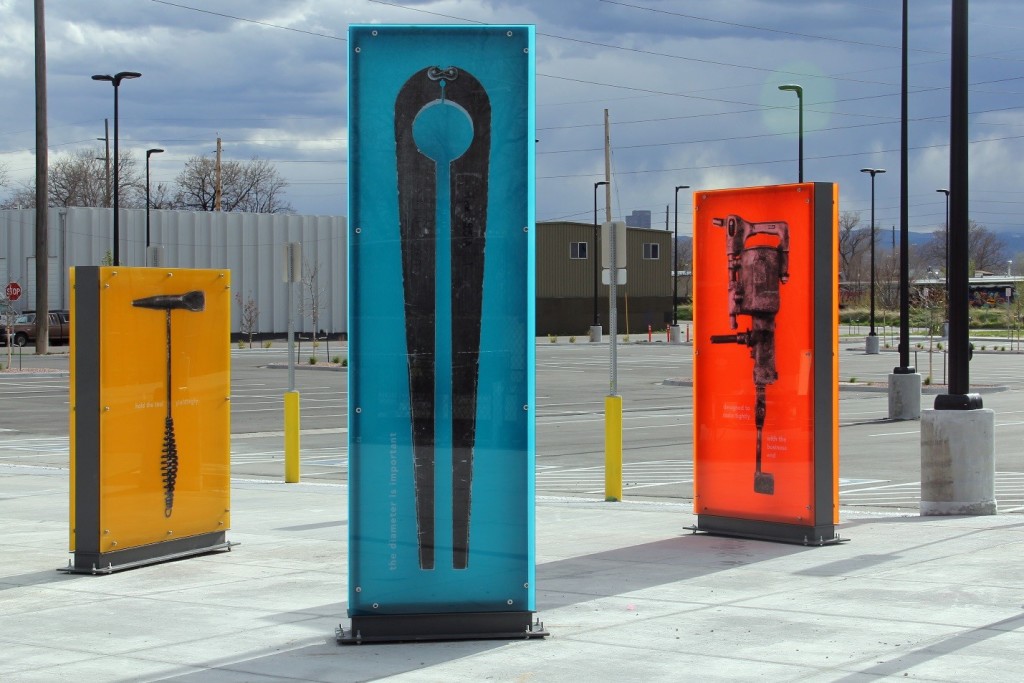 A Mount Sopris probe wrench, designed and built in the 1970’s, was one of 12 tools featured in a permanent public art installation at a station along the new rail line running from downtown Denver to the airport. The tool, among several that were built during that era, is still used today to assemble and disassemble probes without getting the housing out-of-round or marring the finish.

The public art installation, called “Hands On”, examines the neighborhoods around the new 40th & Colorado Station, celebrating this area as a place where people work, creating and producing products. Artist Erik Carlson designed the artwork at this train station to represent the hard work that people do, as well as the industrial nature of the area. Every day thousands of passengers will see tools of various local trades depicted in creative ways as they travel the 23 miles of commuter rail.

It should also be noted that the new 40th & Colorado Station is only 1 mile from Mount Sopris’ facility, making it very convenient and affordable for customers, sales reps, and other visitors to commute from Denver International Airport. Moreover, as the 5th busiest in the USA, Denver’s airport features non-stop service to cities throughout North America, Latin America, Europe and Asia.

The employees of Mount Sopris Instruments are proud to be included in the public art installation that was created to honor the vital importance and deep history of “hands on” craftsmanship – a deeply held value at Mount Sopris for over 60 years!

HANDS ON by Erik Carlson