Summer is wonderful season in the American West. Visitors from all over the world converge on the vast forests, high mountains, steep plateaus, and alpine lakes to enjoy the beauty and solitude of this vast area. The Rocky Mountains, stretching from Canada to New Mexico, offer dramatic wilderness, diverse wildlife, and limitless outdoor adventure opportunities.

Mount Sopris Instruments is located in Denver, Colorado, which affords its employees easy access to the mountains. They love to play in the thin air of the Rockies, whether it be trekking, camping, mountain biking, whitewater rafting, climbing, motorcycling, fly fishing, and countless other outdoor pursuits. When they are not manufacturing world-class geophysical equipment or supporting our valued customers, they can often be found in the mountains. Below are some of the adventures from the last few months.

We would like to know how YOU spend your summer holidays! Please send a digital image of your favorite holiday location/activity, together with a brief explanation, and we will include these in a future post. As an incentive, we will award a $100 gift card to the person who submits the most interesting picture! Send yours today to Lia.Martinez@mountsopris.com! 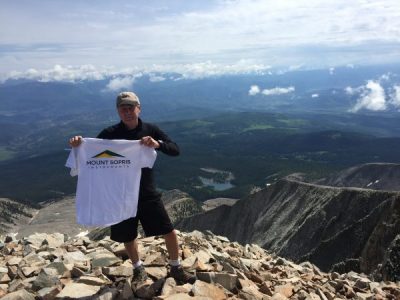 Did you know that Mount Sopris Instruments was named for a prominent mountain near Glenwood Springs? In July Thom Mandl climbed the twin-peaked mountain, a 15-mile roundtrip from the trailhead and an elevation gain of 4300’.

Backpacking in the Grand Canyon 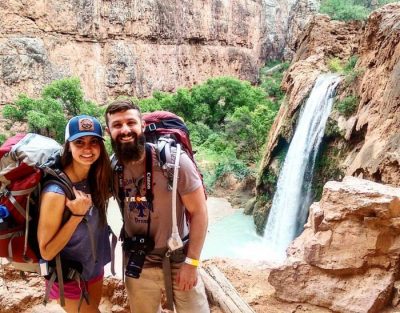 In August, Taylor Weber took a trip out to the Grand Canyon in Arizona for a weekend full of backpacking.  The 30 mile trail roundtrip from Havasu Falls with a full pack was a bit trying, but well worth it in the end.

High Altitude Biking for a Great Cause 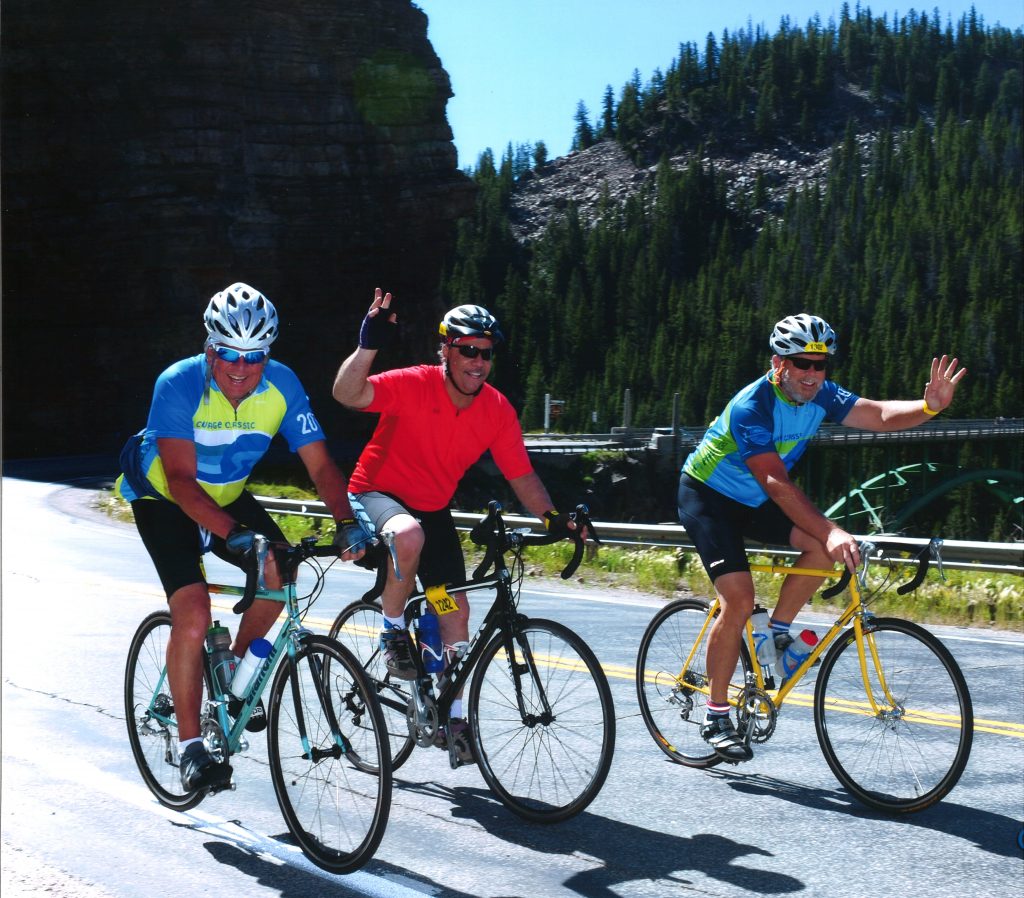 For 23 years, Jim LoCoco has been peddling his bicycle over picturesque Rocky Mountain passes to raise money for Children’s Hospital in Denver. This year’s ride was about 160 miles over two days, including a number of high mountain passes. Jim rides with Team Anadarko (WellCAD customer), whose team members have raised hundreds of thousands of dollars for Children’s Hospital over the years.

Summiting the Highest Mountain in Colorado 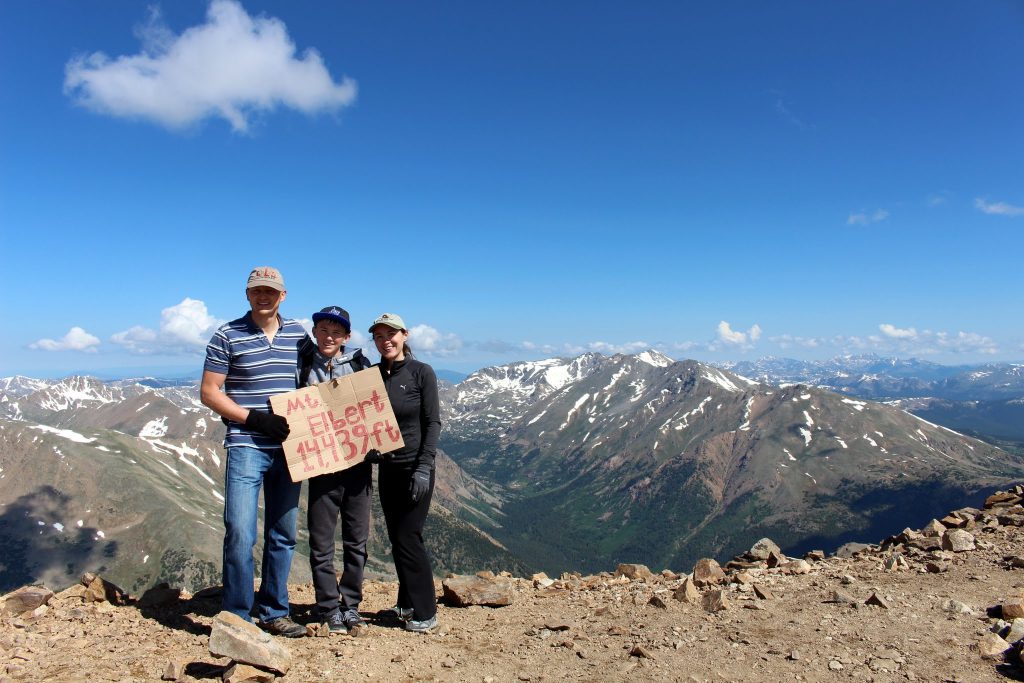 Mt. Elbert is the tallest mountain in Colorado at 14,433 feet above sea level, but this did not deter Zhanna Overchuk and her family from getting the top. With an elevation gain of 4,700′ over 4 miles, it was straight up for Zhanna and her family. Even so, they did the entire hike in less than 6 hours, including a 45-minute break on top. 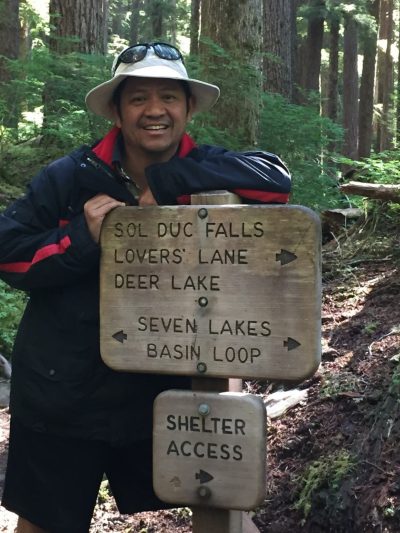 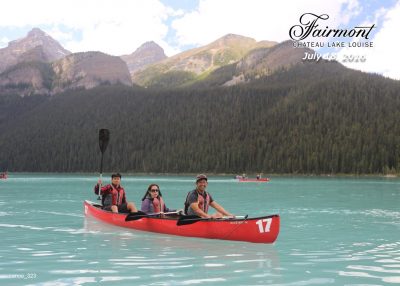 Steve Phung and his family made a road trip visiting national and state parks in California, Oregon, and Alberta (Canada), including world-renowned Yosemite, Redwood, and Banff National Parks. Spending several days in each of the parks, Steve and his family hiked, climbed, canoed, and camped together. 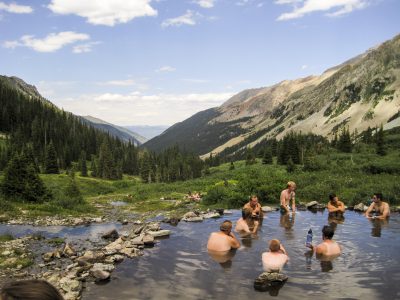 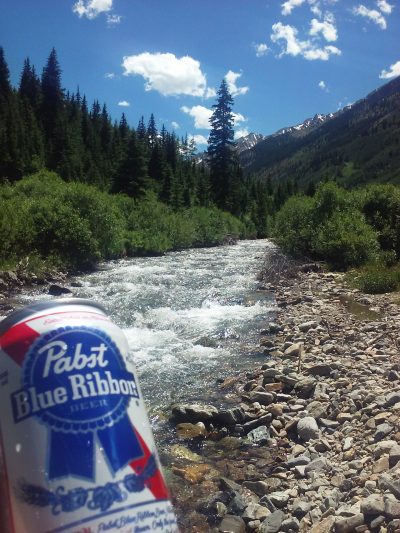 John Treacy and his girlfriend hiked the 9.1-mile Conundrum Creek Trail in the Maroon Bells-Snowmass Wilderness, gaining 2500 feet along the way. They were rewarded for their hard work with a 100ºF natural mineral pool to soak their tired muscles. Unfortunately, they were not permitted to camp overnight as planned, due to bears frequenting the area.

Riding High in the Rockies 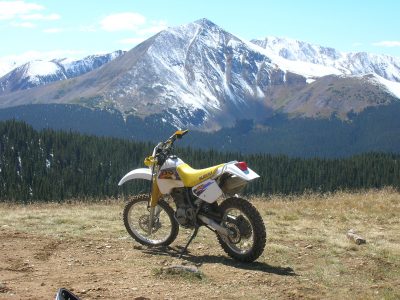 Curtis Baker owns a cabin in the Colorado mountains near Georgia Pass, where he and his family enjoy the raw natural beauty and solitude of the area. Curtis loves to ride his motorcycle on the rugged trails that crisscross the area around the cabin. He also enjoys watching the beautiful creatures outside his backdoor, which overlooks the South Park valley from the Continental Divide. 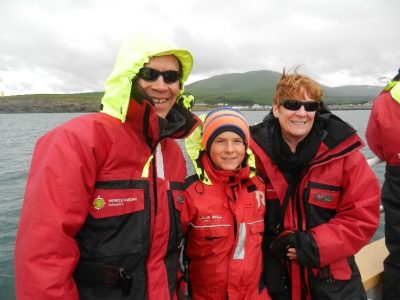 While not in the Rocky Mountains, John Stowell and his wife Stina, along with their grandson Gage, traveled to Iceland this summer. They saw huge waterfalls, geysers and geothermal features, volcanos, and the largest glacier in Europe. They also saw the famous Icelandic puffins, and both humpback and minke whales.

Backpacking in the San Juan Mountains of Southwestern Colorado 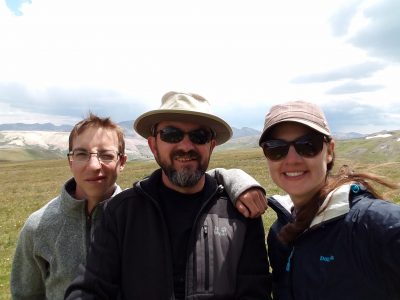 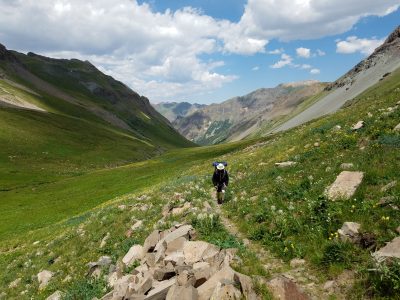 Lia Martinez and Jean-Luc and Remi Deltombe from ALT traveled deep into the Colorado Rockies for a three day backpacking trip in late July. They struggled to get enough air in their lungs, but the views and wildflowers in full bloom more than compensated for the thin air.

Mount Sopris employees are passionate about being the world’s “go-to” company for borehole geophysical equipment and rentals. But now you also know a little about their passion for outdoor pursuits in the wilderness of Colorado and surrounding states.