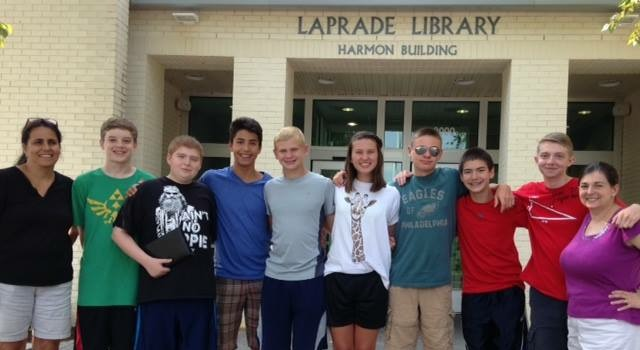 Mount Sopris recently donated PCs and monitors to RAD Robotics, a rookie robotics team competing in the Virginia-based affiliate of FIRST. The team will use the computers to program their robot, create new designs with CAD software, and manage the team’s data and projects.

FIRST is an international non-profit mentoring organization that was created to excite young people about science and technology, and prepare them to pursue advanced technology fields, as well as provide them with life skills such as self-confidence, teamwork, communication, and leadership.

Stephen Deloglos, student CEO of RAD Robotics, expressed his thanks for the donation on behalf of the team: “Team RAD is extremely grateful for the computer equipment, and will feature Mount Sopris Instrument Company as key sponsor on both our robot and team shirts.”

Consistent with its mission, Mount Sopris was pleased to play a small role in supporting tomorrow’s technology leaders and wishes RAD Robotics much success and personal growth in its upcoming competitions.